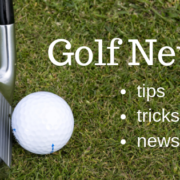 Christmas has yet to arrive, but Griffin Hayden has already received an unforgettable gift. Big brother Bailey gave him a kidney.

The Hayden brothers had surgery on Dec. 18 and are now recovering from the three-hour procedure at Nationwide Children’s Hospital in Columbus, Ohio.

Griffin, a 20-year-old sophomore at Denison, was diagnosed with leukemia at the age of 13 and beat it twice, undergoing two bone marrow transplants. He has two artificial hips.

None of that, however, dampened his passion for golf. That part runs in the family. Christian, the eldest of the Hayden brothers, works as an assistant pro at Columbus Country Club. Bailey enjoys the game, too.

Grogan took over both the men’s and women’s programs at Denison, a Division III school in Granville, Ohio, back in August and said Griffin never complains.

“One of the first things he said to me,” said Grogan, “was ‘Coach, I just want to be treated like anyone else.’ “

Bailey, now a senior at Denison, joked on Instagram that he didn’t want to spend any money on his younger brother this Christmas and decided instead to give him a kidney.

“Griffin may be the youngest,” Bailey wrote, “but he’s got two older brothers who view him as their hero and he shows us every day what toughness really looks like.”

Grogan said the amount of support that flooded in after a note went out from the program’s twitter account has been incredible. It’s heartwarming, she said, that his story has extended beyond the golf family at Denison.

“Griffin is about as nice of a kid as you’d want to be around,” said Grogan, “on and off the golf course.”

Griffin is studying Health, Exercise and Sports Studies at Denison and because his surgery was scheduled during finals week, professors let him wrap up his classes on Tuesday. Grogan first learned of the kidney transplant in the fall and said Griffin, who struggled with fatigue all semester, told her he hasn’t known what it’s like to feel 100 percent in a long time. He was excited about how this surgery could change things.

“I would do anything for my brothers,” Griffin wrote on Instagram, “and I’m sure they would say the same for me. That couldn’t be more true with the selfless act Bailey is doing. This is a Christmas I will remember forever.”

Where will Tiger play in 2020?
Scroll to top